In a remarkable career spanning 30 years and counting, billiards maestro Geet Sethi has become synonymous with the three-ball game in India. Born in Delhi on April 17th 1961, Sethi’s precocious talent blossomed when he shifted to Ahmedabad at a young age. Geet Sethi startled billiards aficionados when he defeated the mercurial Michael Ferreira to win the National senior title in 1982. He went on to win an amazing nine world titles – five World Professional, three IBSF World Billiards Championships and one IBSF World Team Snooker Championship. He featured in the Guinness Book of World Records for being the first amateur in the world to compile the maximum 147 break in Snooker.
In a tribute to his achievements, the nation has conferred on him some of its most prestigious awards – Padma Shri (1986), Arjuna Award (1986) and Rajiv Gandhi Khel Ratna Award (1992-93). He is also author of Success vs. Joy, an Inspirational book on Mind Control. 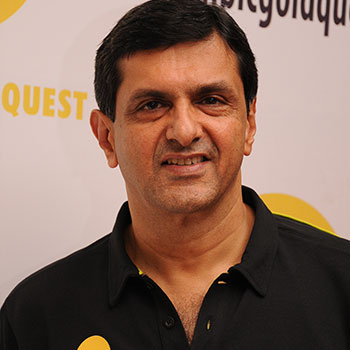 Known as the ‘Gentle Tiger’ on court, Prakash Padukone, is the first Indian to reach the top of the World Badminton honours by winning the All England Championship in 1980. Born on June 10th 1956 he won his first National Men’s singles at the Indian Nationals when he was only 15 years old (he also won the Juniors title at that Nationals). He won the Nationals 9 years in a row from 1971 till 1979 and did not play at the nationals again till 1989. At the Commonwealth games in 1978, he was the gold medalist. 1980 was his best year, in the months leading up to the All-England, he dominated the top European players, consistently beating Fleming Delfs, Morten Frost Hansen and Svend Pri (all All-England champions themselves), and won the Danish Open and the Swedish Open. Seeded third at the All-England, he beat Morten Frost in the semifinals and Liem Swie King in the finals in straight games 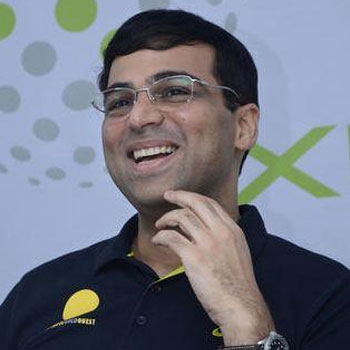 Grandmaster Viswanathan Anand is quite simply one of the greatest sportsmen India has ever produced. He has been almost single handedly responsible for the widespread popularity of Chess in India and his legendary battles with Gary Kasparov and Anatoly Karpov captivated chess fans all over the world in the late 90s. Born on 11th December 1969, Anand, also known as ‘Vishy’, learnt chess at the tender age of 6. Anand became the undisputed World Champion in 2007. He defended his title against Vladimir Kramnik of Russia in 2008. With this win, he became the first player in chess history to have won the World Championship in three different formats: Knockout, Tournament, and Match. In April 2007 at the age of 37, he became the world number-one for the first time. In 2007, Anand was awarded India’s second highest civilian award, the Padma Vibhushan, making him the first sportsperson to receive the award in Indian history. He was also the first recipient of the Rajiv Gandhi Khel Ratna Award in 1991-92, India’s highest sporting honour. 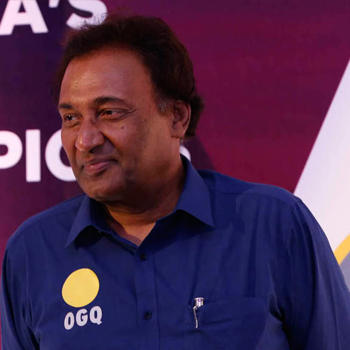 Niraj R. Bajaj’s career spans more than 25 years. Born on 10 October 1954, he did his B.Com., from Sydenham College of Commerce & Economics, Mumbai. He acquired his Masters in Business Administration from Harvard Business School, Boston, U.S.A. After doing a short stint at Bajaj Auto Limited and Bajaj Electricals Limited, he has been associated with Mukand Limited, in various positions and is now the Chairman & Managing Director. He was selected by World Economic Forum, as one of the “Global Leaders for Tomorrow”, in 1993. He represented India in table tennis for 7 years between 1970-77, of which last 4 years was as the Captain. He has been three-times All-India Table Tennis Champion and ranked India No.1, four times. He is the Recipient of Arjuna Award, India’s highest Sport’s honour, Shiv Chhatrapati Award, Maharashtra’s highest Sport’s honour and Awarded the Maharashtra Gaurav Puraskar. 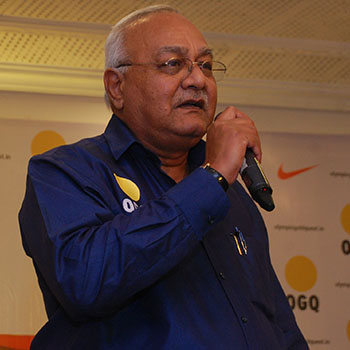 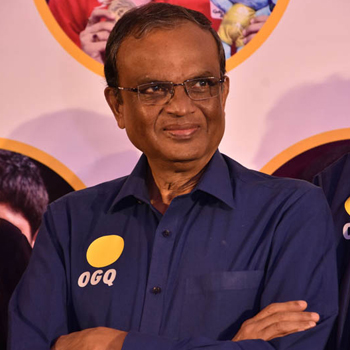 Ramaraj joined Elevar in 2014 as Senior Advisor. He is a serial entrepreneur who has been involved in ventures in IT, cellular and Internet. His last venture was Sify, where he was the Co-Founder and Chief Executive Officer, Sify was the first Indian Internet Company to list on NASDAQ National Market in the US (NASDAQ –SIFY). He was voted the IT Person of the year 2000 and in 2001, in a CNET.com poll in India. In 2010, The Confederation of Indian Industry (CII) recognised him with a Life Time Achievement Award for nurturing the Spirit of Entrepreneurship and inspiring and mentoring numerous entrepreneurs. He is the first Indian to be invited to the Board of Directors of ICANN (Internet Corporation for Assigned Names and Numbers) where he served for 6 years as an Independent Director. He was a member of the Global Board of Trustees of TiE (The Indus Entrepreneurs). R. Ramaraj holds a B.Tech in Chemical Engineering from the University of Madras and a M.B.A. from the Indian Institute of Management, Calcutta. 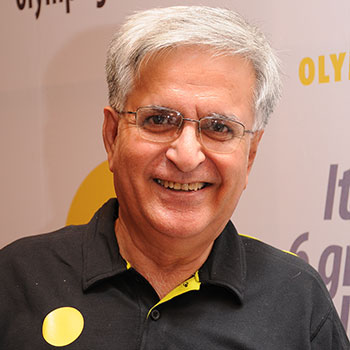 Rakesh Khanna was one of the founding partners of Ambit RSM. He is a Chartered Accountant with nearly 4 decades of experience in taxation, financial and general management areas in the industry, mostly multinationals, financial corporations and professional organisations. Has also served on many Committees of the Bombay Chamber of Commerce and Industry. He is a founder member of the Executive Forum, an organisation which has many CEOs and CFOs of large organisations as its members. He is presently an independent Director on many large corporations, both public and private companies.In his capacity as Director of OGQ, Rakesh Khanna has nurtured the foundation forward in trying to make it into a movement. He is an avid sports enthusiast and represented his teams in many sports, right from school to his college, organisations and Clubs.Rakesh has served as Cricket Secretary of the Bombay Gymkhana, has represented the Gymkhana team, locally and internationally and has served on its Management Committee. He has also been on various Committees of the Club. 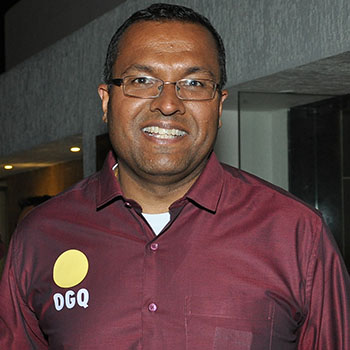 Neeraj Bharadwaj is a Managing Director advising on large growth capital and buyout opportunities across sectors in India. He is based in Mumbai. Prior to joining Carlyle, Mr. Bharadwaj was a Managing Director with Accel Partners’ growth investing operation in India. Preceding that he was with Apax Partners for nearly 10 years – initially as a Partner in the U.S. and subsequently as Managing Director/Country Head for Apax in India, where he led the India operations. Previously, Mr. Bharadwaj was an engagement manager at McKinsey & Co.Mr. Bharadwaj was selected as Board Member of the Indian School of Business (ISB), a Young Global Leader of the World Economic Forum (WEF), Chairperson of the India Regional Agenda Council of the WEF (2009-2011), Founding Curator of WEF’s Global Shaper Community and Charter Member of The Indus Entrepreneurs (TiE). Mr. Bharadwaj holds an MBA with distinction from Harvard Business School, and graduated summa cum laude with a BS in economics from the Wharton School of the University of Pennsylvania. 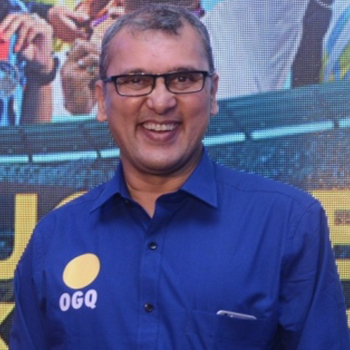 Mr. Koticha is actively involved on the Board & Investment Committees of all the businesses & he mentors the ASK Group in the areas of Corporate Governance and Best Practices. He manages key relationships with respected Indian Corporate & Family offices.

At his personal level, Mr. Koticha has been closely associated with several Philanthropic causes.

Mukesh is a technology entrepreneur with almost two decades of experience working with high tech/consumer internet companies. After completing his B.Tech in Computer Science from IIT Kanpur, Mukesh worked for four different early stage tech start­ups in Bay Area working in engineering, product management and leadership role. Mukesh co-founded Myntra in 2007 that went on to become the India's largest online Fashion retailer. After acquisition by Flipkart in 2014, Mukesh managed the Commerce Platform for Flipkart and leading the transition to next generation leadership for Flipkart. 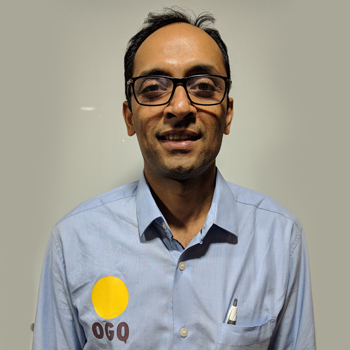 Sundar is the President - Strategy, HCL. He has been responsible for building the HCL brand over the last decade in its journey to becoming a $10.1 billion, 169,000 people strong enterprise.

He is a core member of the Shiv Nadar Foundation Team and has worked from inception on many of its diverse initiatives, including VidyaGyan, a leadership academy for the rural underprivileged, meritorious students; the Shiv Nadar University, a comprehensive multi-disciplinary university with strong research orientation, and the Kiran Nadar Museum of Art, India’s largest private philanthropic museum with the vision to take art to the common public.

His professional experience spans over 25 years in various roles in technology marketing, advertising and strategy planning. Prior to joining HCL, he led the strategic marketing and communication initiatives at various technology organizations like Microsoft and Hexaware Technologies. He also worked with J. Walter Thompson in communication strategy development for several years.

Sundar is married with two children and resides in Noida. His interests include sports and fitness. Role in OGQ: Viren looking after the training requirements of the top 6-8 athletes and para-athletes, sustained fundraising for OGQ, managing relationships with all key stakeholders including donors, building the OGQ brand. 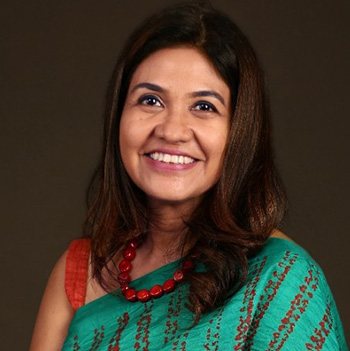 Vidya Shah is the Executive Chairperson of EdelGive Foundation, an organization set up by Edelweiss Group in 2008, with the aim of funding and building the capacities of grassroots organizations across India.

With over three decades of rich industry experience, Vidya has channeled EdelGive’s structure of giving to include both financial and non-financial support to over 150 grassroots organizations, scaling their budgets, impact, and reach, exponentially.

She also serves on the boards of various prominent Civil Society Organisations such as Akshaya Patra Foundation, Agastya International Foundation, Janaagraha Centre for Citizenship and Democracy, Centre for Social Impact and Philanthropy at Ashoka University, Olympic Gold Quest, Mann Deshi Foundation, and the Indian School of Public Policy. She is also a member of the Governing Board of the Indian Institute of Management, Udaipur. Additionally, Vidya is also on the board of several international organizations including WINGS and Empower Families for Innovative Philanthropy. Most recently she has joined the Asia Gender Network, a group of members curated by AVPN, committed to changing the future for Asian women and girls.

She spent the first 11 years of her career in the field of investment banking with companies like ICICI, Peregrine, and NM Rothschild. She joined Edelweiss in the year 2000 and was its Chief Financial Officer until 2007.

Vidya holds an MBA degree from the Indian Institute of Management, Ahmedabad.